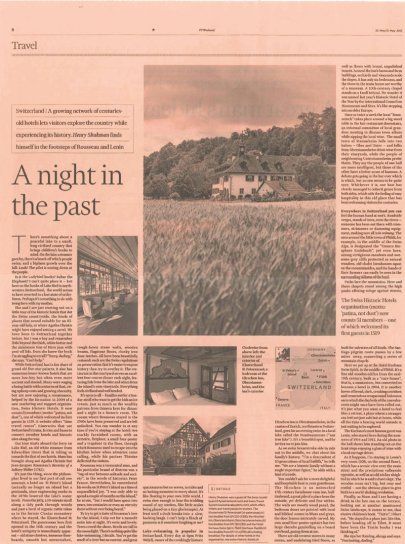 A night in the past

There's something about a peaceful lake in a small, long-civilised country that brings children's books to mind. On the lake a steamer goes by; there's a beach off with people swim; and a biplane growls over the hill. Look! The pilot is waving down at the people.

Lake swimming is popular in Switzerland. Every day at 6pm, Fritz Wehrli, owner of the creakingly historic Hirschen Inn in Oberstammheim, in the canton of Zurich, northeastern Switzerland, goes for an evening swim in a local lake called Nussbaumersee ("nut tree lake"). It's a beautiful spot and he invites me to join him. As we swim breaststroke side by side out to the middle, we chat about his family's history. "I'm a descendant of 10 generations of local bailiffs," he tells me. "We are a historic family without a single important figure," he adds with a hint of a smile.

You couldn't ask for a more delightful and hospitable host in your guesthouse. The Hirschen is an untouched 17th-century farmhouse-cum-inn, halftimbered, a great pile of a place from the outside, yet delicate and fine within. The walls are mostly wood panel, the bedroom doors are painted with local and biblical scenes in blues and greys, the door frames intricately carved. My own small four-poster upstairs has two large cherubs gambolling on a board overhead, gazing down at me.

There are old ceramic stoves in many rooms, and undulating tiled floors, as well as floors with broad, unpolished boards. Around the inn's barns and farm buildings, orchards and vineyards scale the slopes. It has only six bedrooms, and the three in the main house are worthy of a museum. A 10th-century chapel stands on a knoll behind. No wonder it was named last year's Historic Hotel of the Year by the International Council on Monuments and Sites. It's like stepping into an older Europe.

Once or twice a week the local "Stammtisch" takes place around a big wood table in the bar-restaurant downstairs, an informal committee of local grandees meeting to discuss town affairs while sipping the local wine. The small town of Stammheim falls into two halves – Ober and Unter – and folks from Oberstammheim drink wine from their vineyards, while the people of neighboring Unterstammheim prefer theirs. They say that the people of one half are more intelligent, but those of the other have a better sense of humor. A debate gets going in the bar over which is which, but no one seems to be quite sure. Whichever it is, our host has clearly managed to insert genes from both sides, which aids the feeling of easy hospitality in the old place that has been welcoming visitors for centuries. 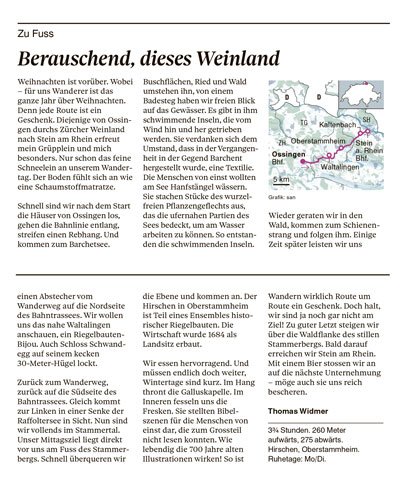 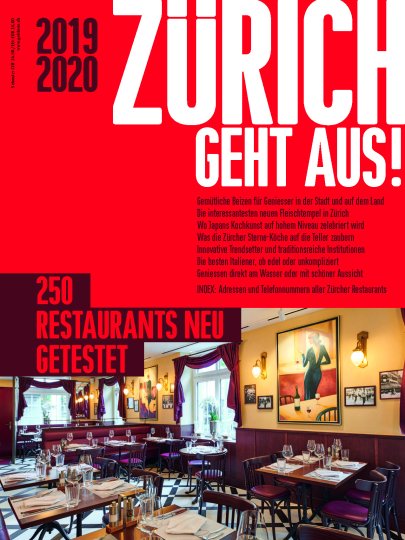 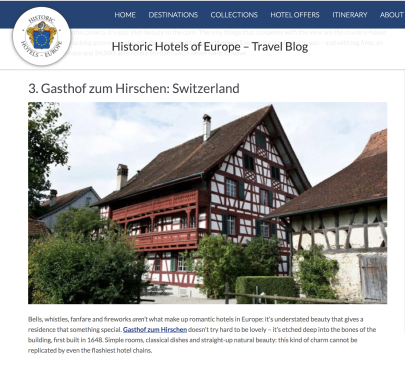 Bells, whistles, fanfare and fireworks aren’t what make up romantic hotels in Europe: it’s understated beauty that gives a residence that something special. Gasthof zum Hirschen doesn’t try hard to be lovely – it’s etched deep into the bones of the building, first built in 1648. Simple rooms, classical dishes and straight-up natural beauty: this kind of charm cannot be replicated by even the flashiest hotel chains. Ranking Historic Hotels of Europe 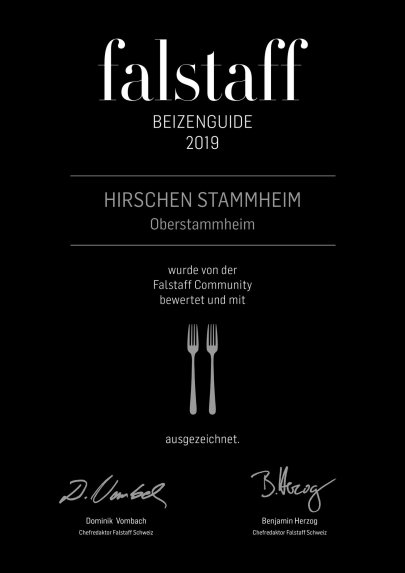 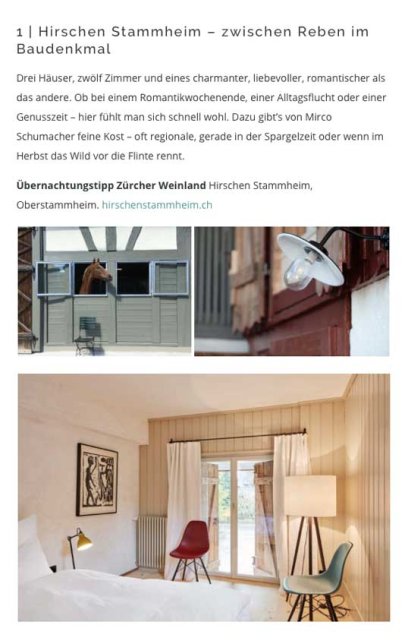 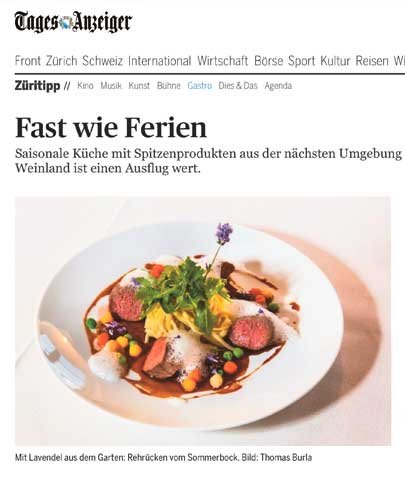 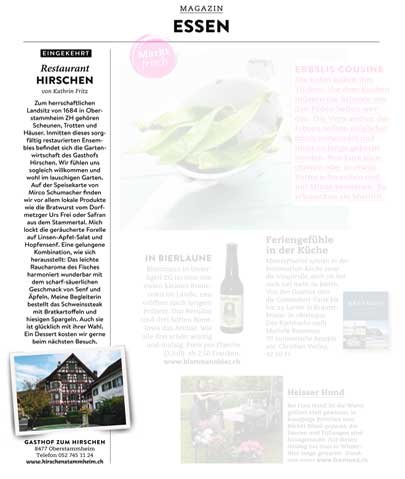 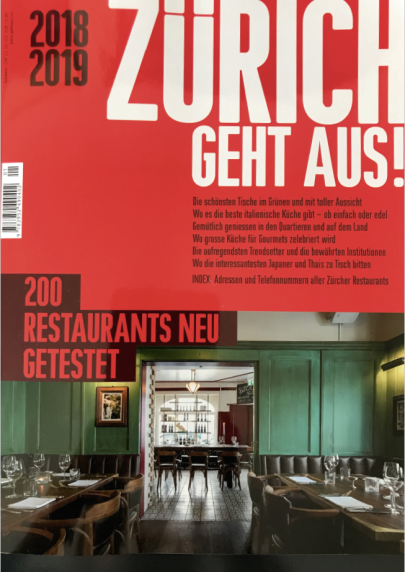 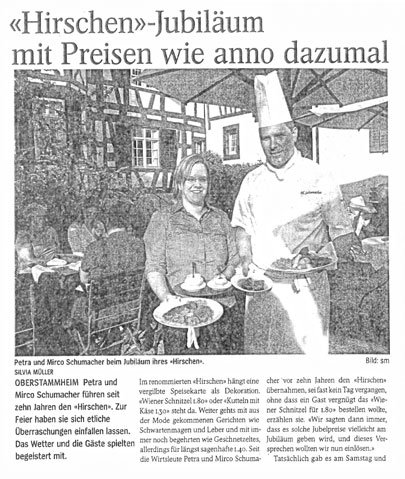 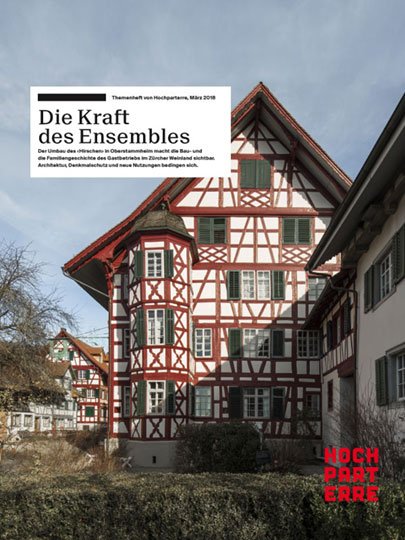 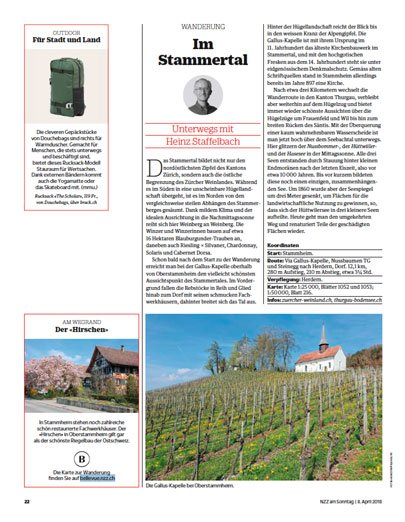 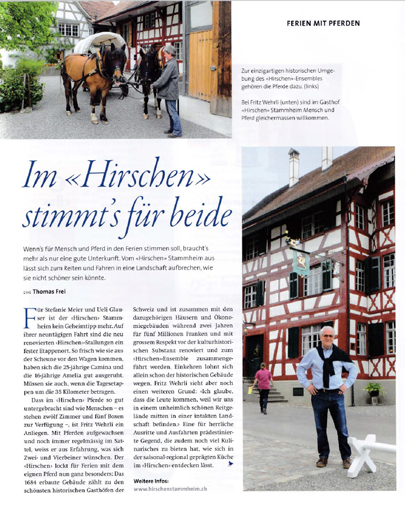 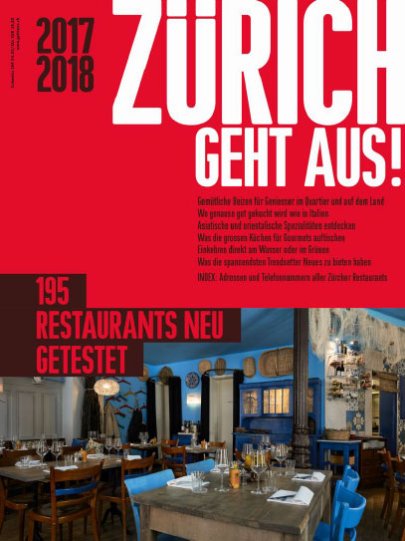 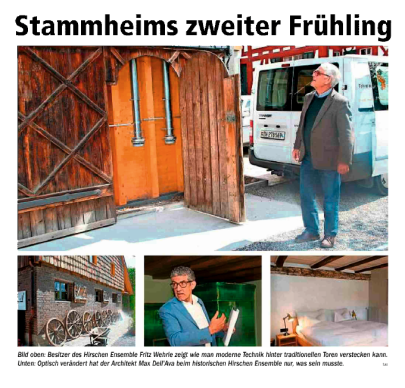 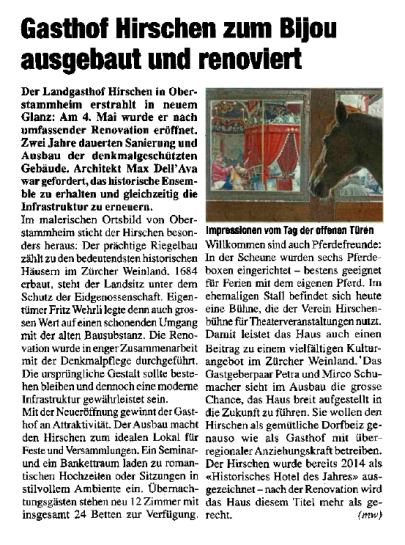 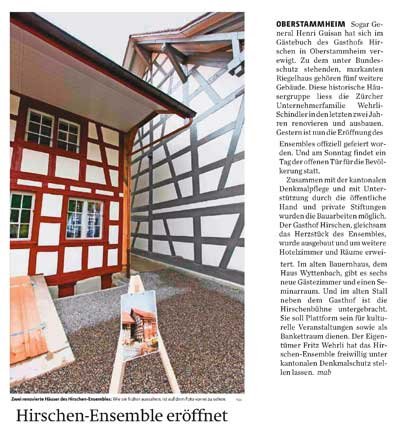 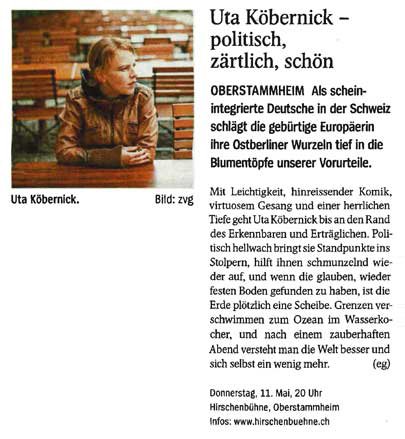 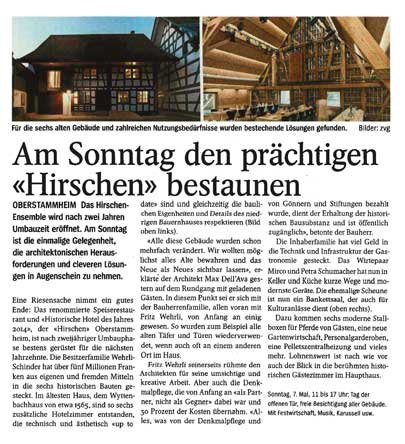 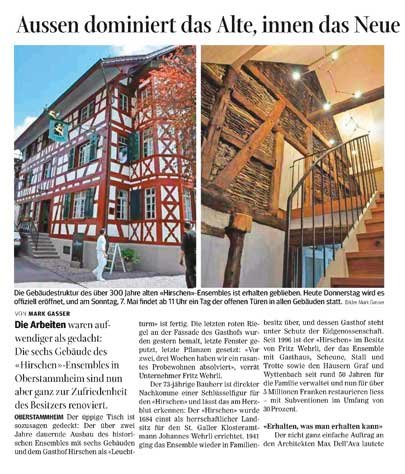 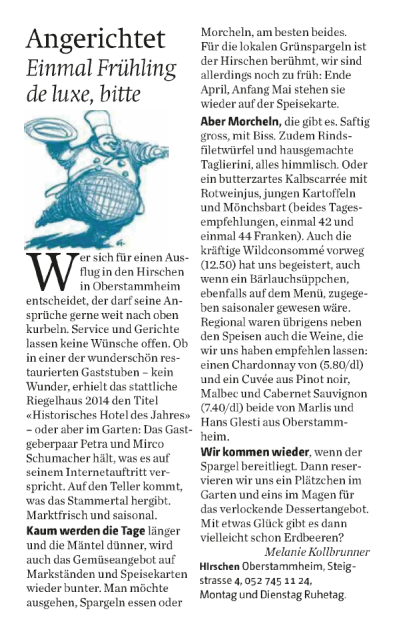 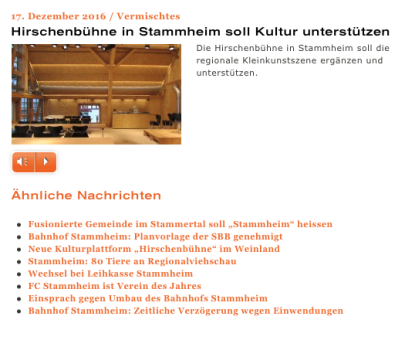 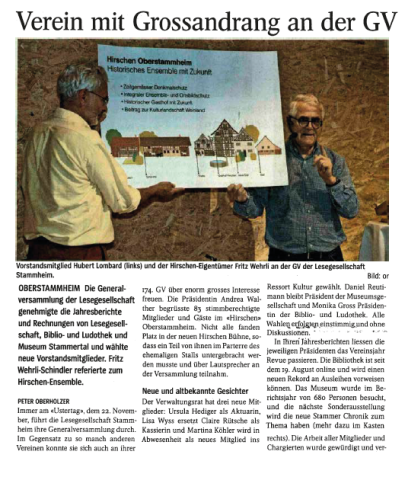 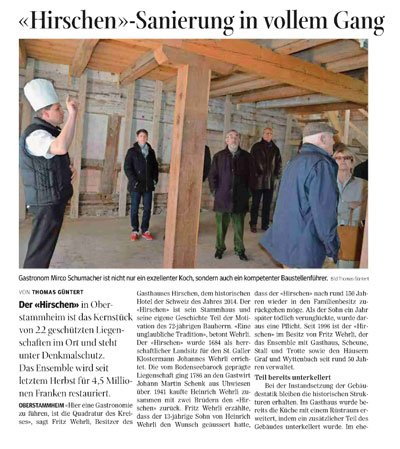 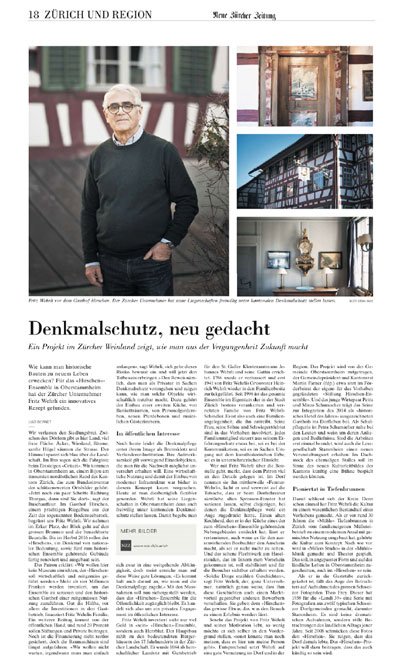